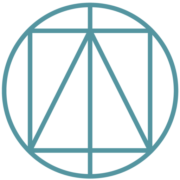 Rapidly rising bond yields are attributed to the stock market's selloff last week despite data suggesting that the American economy is improving. Since February 16, the movement between stocks and bonds became highly correlated - they both lost ground.

Yields on US Treasuries - considered to be the safest asset to own – has caused bond holders considerable anguish. Indeed, since January 1, the 20+ year US Treasury Bond lost 10.36%, the 10 year Note down 3.54% and Investment Grade Bonds down 3.96%. In the same period the S&P 500 rose 4.14%. Bonds finally settled down on Friday and Equities came roaring back today.

Investors became very concerned that the Federal Reserve, despite Chairman Powell's reassurances on Wednesday, will have to start raising interest rates sooner than expected to tame what is seen as a most likely burst of economic growth and inflation in the second half of the year. Recall in December 2018, the Fed kept saying it would continue to raise interest rates despite a deteriorating economy and stock market -the S&P 500 dropped almost 15%. The Fed has shown it can change its mind on a dime. There is now a literal tsunami of money and fiscal stimulus about to enter the economy and this has the Fed concerned. Needless to say we are watching developments very closely.

Comments Last week all three major market indices closed at record levels. What could be of concern...
Read More

Comments We have gone through selloff days such as yesterday and today. This one is unique in that...
Read More

Comments We are working to sort out the markets' twists and turns in recent days.  Shortly after...
Read More